Hope everyone had a great weekend and 4th of July holiday!
A little picture recap of ours..

As you can see, our 4th was spent at the lake swimming and building sandcastles.  I was happy we got there in time for the boat parade this year (lots of festively decorated boats playing patriotic music doing a lap around the lake).  We had some burgers, dogs & salad and cute little red, white and blue cupcakes.  The weather was not the greatest...overcast with occasional sprinkles...but at least we weren't dripping with sweat like we have some years!  We headed home around 6:00pm and our plan was to head out around 7:30 to get a spot to see the fireworks.  But we all were tired and I wasn't very excited about sitting in the wet grass, so we ended up staying home.  We did see some fireworks from our house, as someone up the street was setting some off.

Saturday the weather was beautiful!  We headed out to my parents and hit the pool. 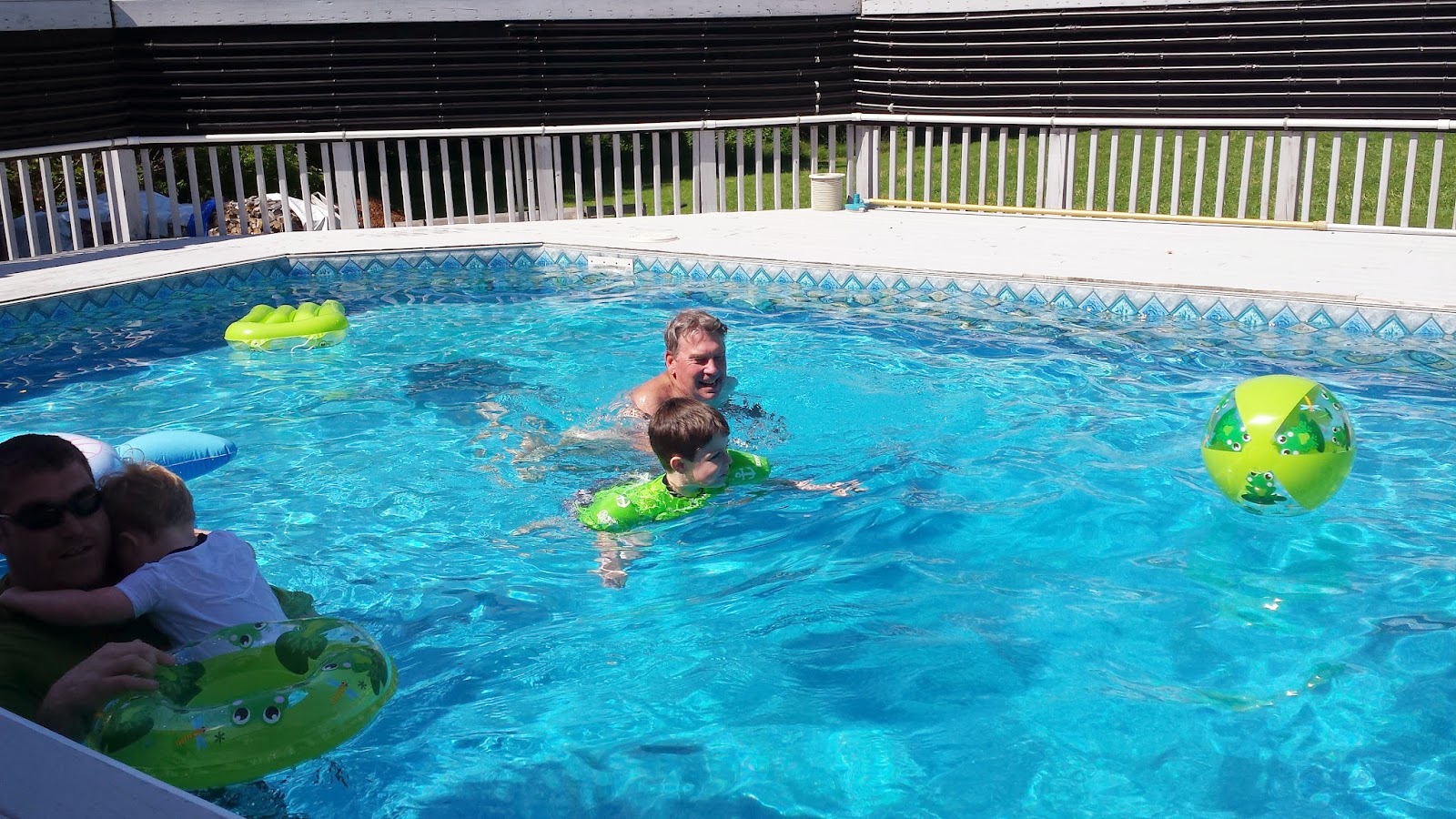 After swimming we headed down to my aunt's house for a BBQ.   There was tons of delicious food, followed by a kickball game!  I wish I had got some pictures of that!  There were several slip and fall injuries but we had a great time.  I was also excited that we caught a glimpse of a bald eagle flying high above my aunt's house.  We finished off the night making smores around the fire, then headed home. It was a really nice ti  me and I was happy to be with my family.  I love where I live, but it would be nice to be a little closer to everyone (they are about an hour and a half away).

Sunday was catch up and cleaning day.  UGH.  Then Monday it was back to work!! I'm already exhausted this week and it's only Tuesday!  But perhaps that's because Alec was up from 11pm to 1am last night screaming.  Just screaming.  Not for any particular reason other than he was awake and likes to scream.  It's his new thing.  Reallllly hoping this phase passes quickly!!!!!