Our not so magical Disney vacation

Did you ever have one of those vacations?   You know, the kind that is sooo relaxing and rejuvenating that you come back feeling completely refreshed? Well, our vacation to Disney was pretty much the complete opposite!

Imagine 90 degree heat, high humidity, and 2 miserable kids with the stomach bug.  Imagine being thrown up on in public.  Twice.  Imagine eating a delicious Mickey waffle when all of a sudden, your entire left side is covered in your 2 year old's half-digested breakfast.   And then having everyone in the restaurant watch as you scurry yourself and said 2 year old out the door with God knows what dripping down your leg.   Oh, and lest I forget when the desk manager and 2 security guards knocked on our door because someone had reported crying and banging coming from our room and "thought" there were kids left in the room unattended.  Um, no.  My son had a 103 fever, was throwing up and CRYING because he was sick.  Not because my kids were left alone in the room!!!!  Let me just tell you, I was mortified!   Then I was just mad!
So yeah, that was the first half of our vacation.

I'd be lying if I said I didn't go online and see how much it would cost to fly home early.  Because I DID.  But then a miraculous thing happened... we woke up Saturday morning and everyone was healthy and in a good mood!  We got to enjoy Star Wars weekend (including an amazing Star Wars character breakfast at the Sci-First Dine In Theater complete with Darth Vader shaped waffles and Yoda shaped kiwi), the Star Wars parade, Downtown Disney, and several trips to the pool.   We saw the parade at Magic Kingdom and the fireworks at Epcot.  We got soaked on the Kali River Rapids and Splash Mountain.  We had some amazing Ghirardelli ice cream and did lots of shopping.  We looked out in awe from our room balcony as giraffes and zebras roamed freely around the "savanna."  So even though the first half of our trip was pretty miserable,  the second half was pretty magical.  :)

Will we be headed back to Disney any time soon?   Maybe in a few years when the kids are older.  And defintely not in the summer (this Northern girl can't take the Florida heat)!  We already decided that the next time we go we will rent a condo or house off Disney property and get a car (one room with the 4 of us for a week was not ideal-neither was having no easy transportation to go to the pharmacy and get medicine for the kids).

So there you have it.  Probably not the vacation update you were expecting.   But I'm just keeping it real, folks!  The good, the bad, and the ugly!

And now, of course I am going to make you look at some of my vacation photos (just a few...I promise)! 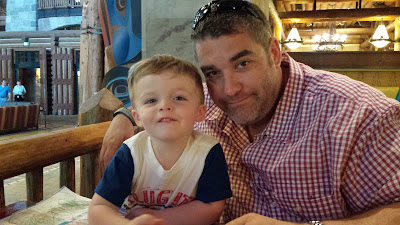 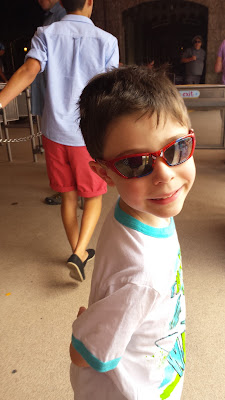 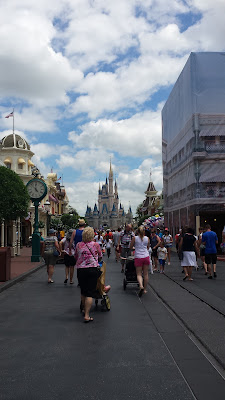