Friday Faves- it's me!

Did you just choke on your coffee when you saw I had a new post up??  Hehehe.  Yeah, it’s been awhile.  Again.  What can I say?  My heart just hasn’t been into it.  But never fear, I am still among the living and will still be posting.   When I feel like it.  Which could be a lot.  Or a little.  We’ll see.  But I’ve missed y’all and this little space o’ mine, so I thought I would join in for Friday Favorites this week!  This is actually going to be an April-so-far Favorites since I feel like we have a lot to catch up on.  J

#1
The hubs and I went to Lake Placid the first weekend in April to celebrate his birthday.  We’ve stayed several different places in Lake Placid (our favorite being the Whiteface Lodge), but in all our years visiting have never stayed at the Mirror Lake Inn.  So I decided this visit was the time to check it out.
Can I tell you folks, it’s amazing!  The view from our room of Mirror Lake and the Adirondack Mountains was gorgeous (and our room wasn’t even one of the rooms with the "good" views).  My photos totally don’t do it justice.  The service was impeccable.  The food was delicious.   Highly recommended! 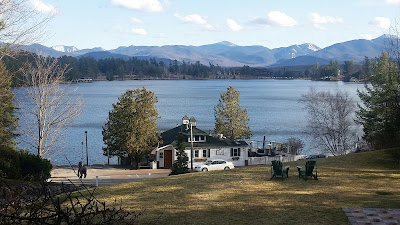 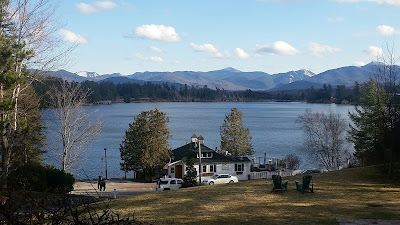 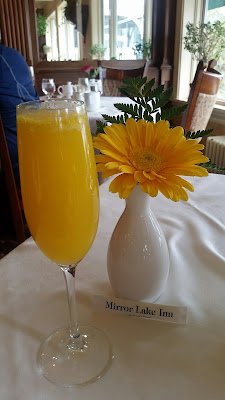 #2
This goes along with the Lake Placid trip.... We decided to try a relatively new restaurant called Smoke Signals.  This is a BBQ joint and I’m not a huge BBQ person but I heard good things and wanted to try it out (plus the hubs is a BBQ fan).  We were excited to see this is actually a BBQ buffet!  There were all sorts of items... ribs, brisket, pulled pork, pulled chicken, collard greens, mac & cheese.... The mac & cheese was amazing and the pulled chicken was literally the most delicious pulled chicken I have ever had.  I don’t know what type of sauce they used on it, but I need to find out!!   So if you ever find yourself in Lake Placid and want some good BBQ, head over to Smoke Signals! 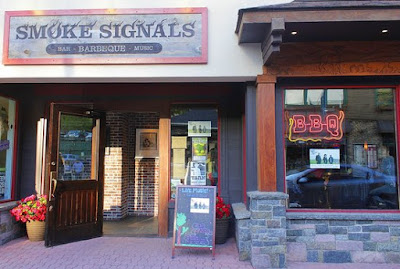 #3
Do you Hulu?  I didn’t, but I heard great things about this show called 11.22.63 so I decided to sign up.  OK, no joke- this show ROCKS.  It stars James Franco (who is a favorite of mine) and is based on the Stephen King novel of the same name (and produced by JJ Abrams).   The basic premise is that James Franco has gone back in time to try and stop the assassination of JFK.  This show is cool and interesting on several levels.  Check it out!!  There's only 8 episodes so you could totally binge watch it this weekend.  But no spoilers please... I haven’t watched the ending yet! 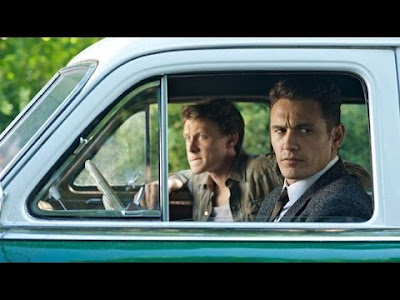 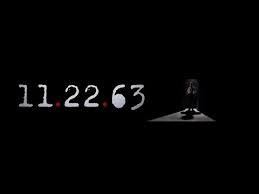 #4
We took the kids to see The Lion King last weekend.  I really wanted to go to a matinee, but I waited too long to get tickets and all I could get was the 8pm show.   Nick loved it- the scenery, the costumes, the music, the dancing.  Alec.... Well, about 2 minutes after the show started he asked, “Can we go home now?”  It did get better from there.... he was enjoying the show until he crashed.  And he crashed from right before intermission until the end of the show.  With the exception of about 15 minutes when he was actually in his seat, he slept on me the entire time.  It was a tad hot (OK, REALLY hot), and he was a tad heavy.  But I knew this was probably one of the last times my little guy would fall asleep on me so I held him close.  And how could I resist this sweet little face?! 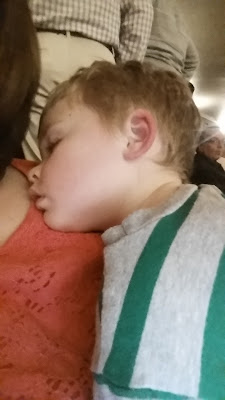 #5
My beautiful friend Cindy (hi Cindy!) sends the BEST snail mail and packages!  She is super creative and talented, and always sends the most heartfelt and pretty things!  This week I received a package that included (among other things) this beautiful card she made just for me and these adorable planner clips!!  I didn’t even realize they made cute clips like this until I saw them on Cindy’s Instagram feed.  Now I think I’m going to be addicted!! 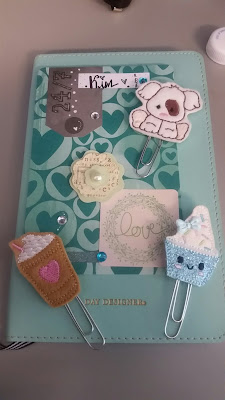 This weekend is supposed to be gorgeous- high 60’s (maybe 70) and sunny.  I can’t wait to get outside and enjoy!  The grass is greening up, the trees are budding and almost ready to show some leaves!  The daffodils are in full bloom.   On the agenda for the weekend is the playground or park with the kiddos, and also Nick’s first official baseball practice of the season.  We’ve been trying for 2 weeks to get a practice in but had to cancel due to rain and SNOW.    Eek!


Happy Spring everyone!  Hope you all have a wonderful weekend!

Linking up with Andrea at Momfessionals 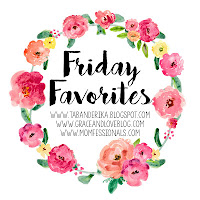 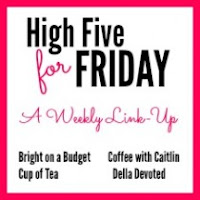